Chaetodon aurigais commonly referred to as Threadfin butterflyfish. Difficulty in the aquarium: Only for advanced aquarists. A aquarium size of at least 800 Liter is recommended. Toxicity: Toxic hazard unknown. 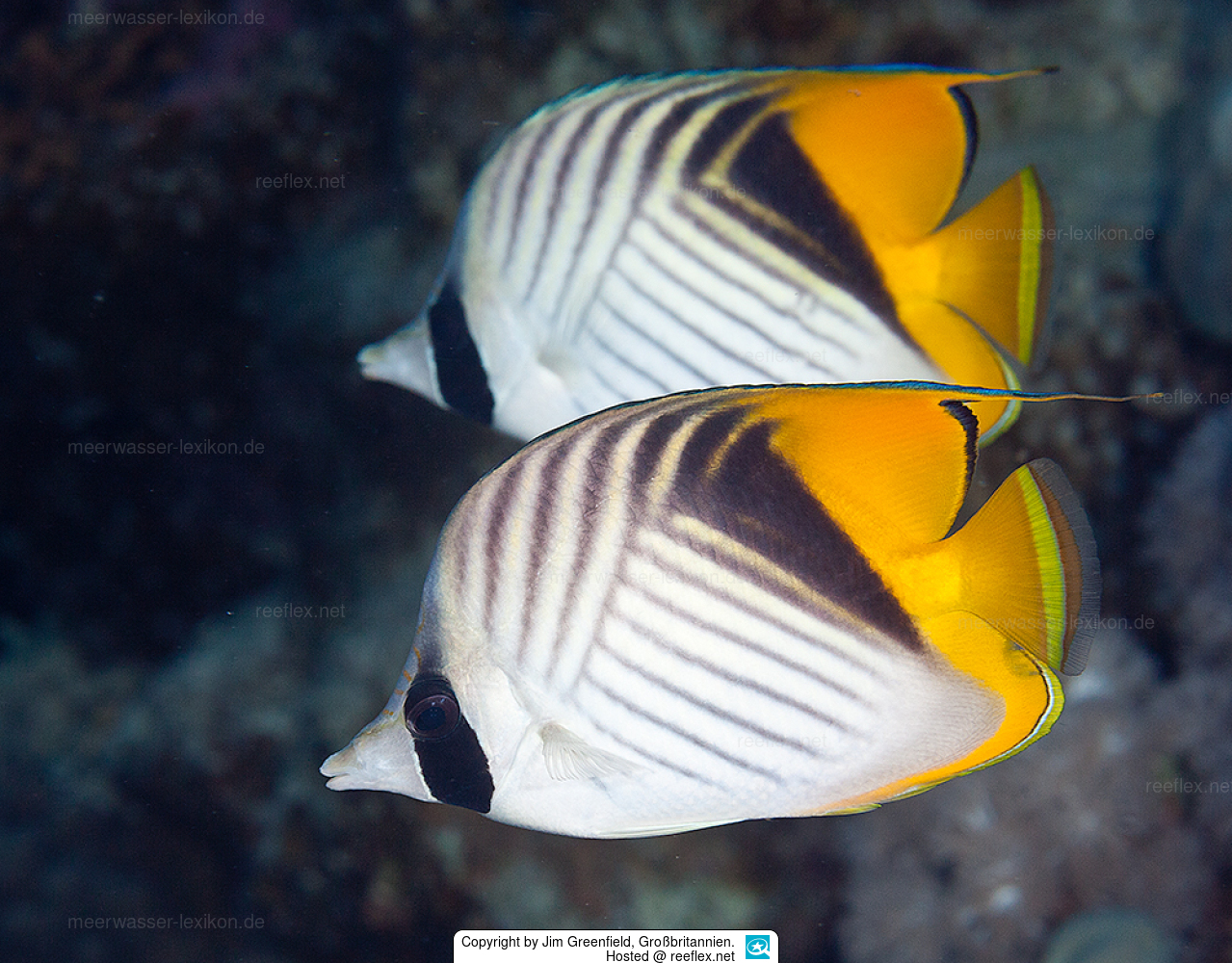 Chaetodon auriga , also known as the Auriga Butterflyfish ,Threadfin butterflyfish, Golden butterflyfish, Threadfin, Diagonal butterflyfish ; Inhabit the Tropical Indo-Pacific and Red Sea in back reef areas, lagoons and reef channels. They are found singly or in pairs in the reef shallows to depths of up to 10 metres (35 feet). The maximum size is around 20 cm (8 in.). Adult specimens have a long dorsal filament. Specimens from the Red Sea lack the ocellus on the soft dorsal fin and the dorsal filament is shorter. Young fish have a bright yellow dorsal area, which extends down across the caudal peduncle onto the soft portion of the anal fin.

Chaetodon auriga is an attractive and elegant addition to an aquarium display. The Auriga is one of the easier butterflyfish to keep. The aquarium should be having plenty of hiding places into which it can retire at night. A good assortment of frozen foods in its diet and this fish will flourish. Chaetodon auriga will readily accept a wide array of foods. A varied diet with this particular fish is very important to retain it’s health. Frozen mysis shrimp, crustacean flesh, marine fish, flake and pellet, as well as prepared frozen preparations are fine.

If you like to keep more than two Auriga Butterflyfish or another Butterflyfish of similar coloration, we recommend you add them to your aquarium at the same time.

9 husbandary tips from our users available
Show all and discuss