Chaetodon daedalmais commonly referred to as Wrought iron butterflyfish. Difficulty in the aquarium: Only for advanced aquarists. A aquarium size of at least 800 Liter is recommended. Toxicity: Toxic hazard unknown. 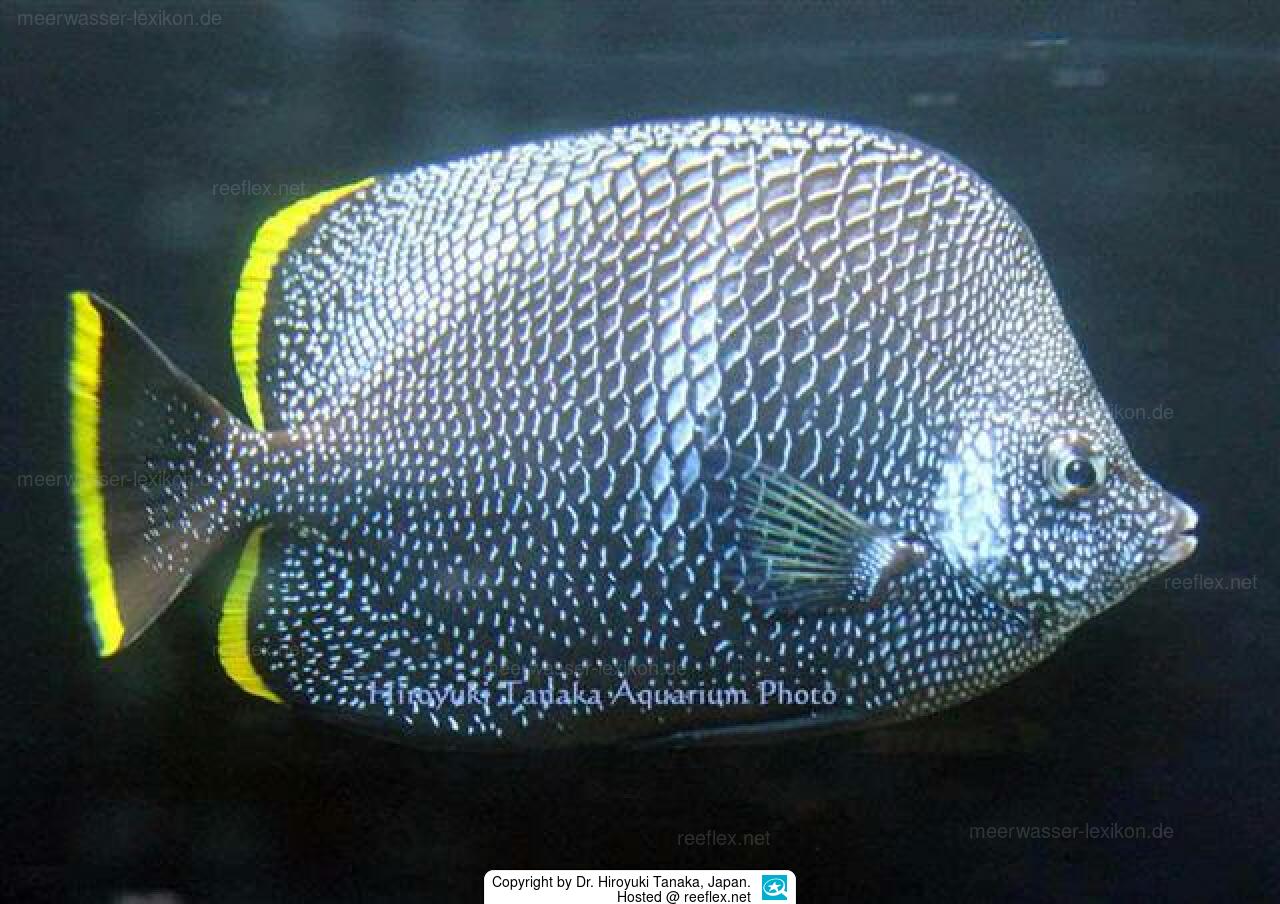 Chaetodon daedalma also known as Wrought iron butterflyfish or Black-silk Butterflyfish is to be found in the Northwest Pacific around Ryukyu, Bonin and Izu islands and the main islands of southern Japan and is a butterfly fish which belongs to the sub-genus Lepidochaetodon.

Its coloring is gray black, with a white vertical band and a yellow edging with the back, on the fins.

Inhabits clear and rather deep outer waters, adults form schools of more than 10 individuals and migrate over a wide area.

Chaetodon daedalma is a beauty that looks like it would be delicate, but readily adapts to captivity, nourishes algae and invertebrates.

am 01.06.05#1 Japanese waters only, Ogasawara and Izu Islands, s.Honshu, s.Kyushu to Okinawa; 16 cm; very rare.
Very common in Ogasawara & Izu Islands, but becoming rarer in southern part; divers in Miyazaki occasionally see; somewhat deeper water dweller; juveniles similar to adults but extremely rarely seen; very easy to keep but large adults often refuses food; the popular name shown here was given by me (see Kuiter, 2003; he asked me how I am calling it, and I replied and suggested ‘Black-silk’)