Chaetodon paucifasciatusis commonly referred to as Eritrean butterflyfish. Difficulty in the aquarium: Only for advanced aquarists. A aquarium size of at least 850 Liter is recommended. Toxicity: Toxic hazard unknown. 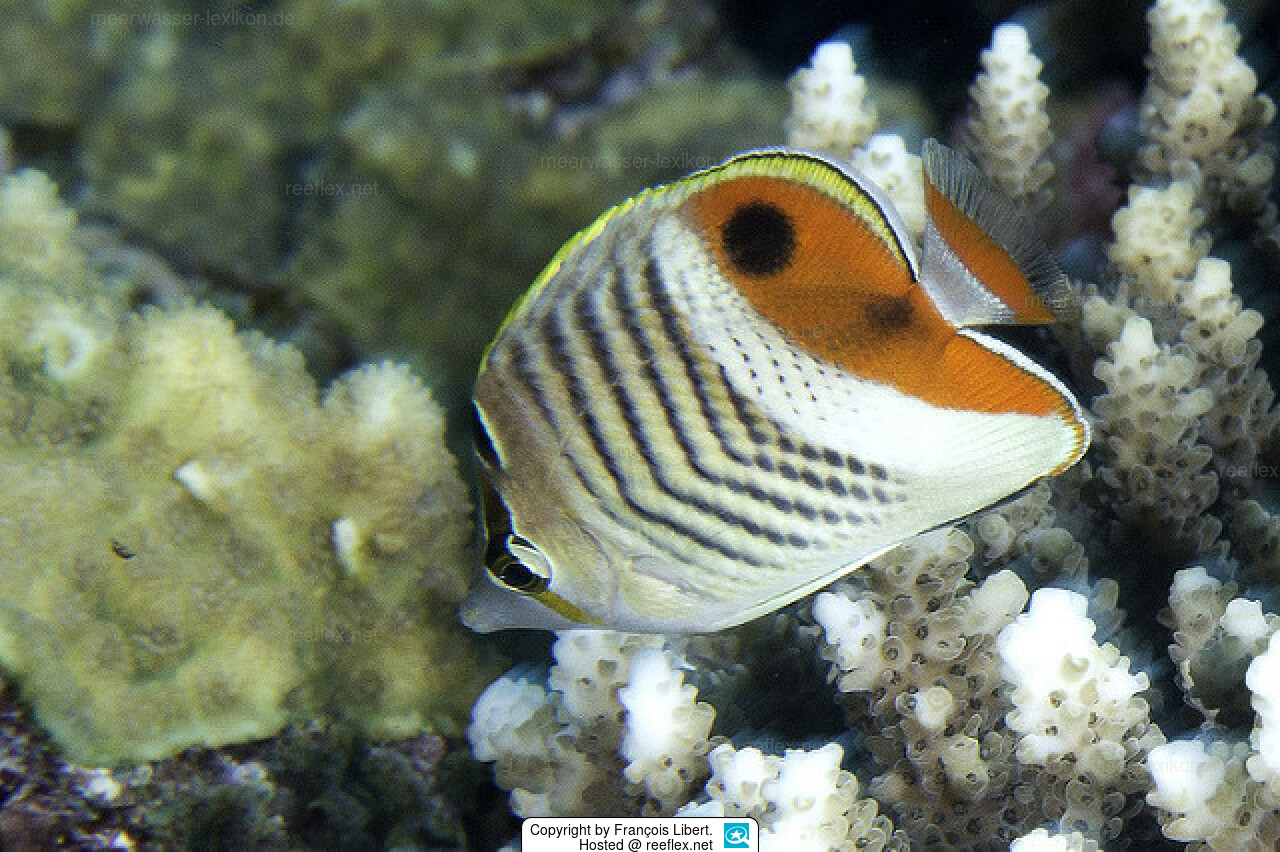 The read see redback butterflyfish is not all that often in the shops. At first quite difficult and sensitive. Shouldn't be kept in a reef tank - he will eat coral polyps.

The Red Sea Chevron Butterflyfish is essentially just known from the Red Sea and the Gulf of Aden, but has been reported from East Africa and are usually found in pairs or in small groups over coral and rubble areas from 1m to 30m depth.

Chaetodon paucifasciatus feed on coral polyps, algae, polychaete worms and small crustaceans; meaning this is where they get all of their nutrition. This specialized diet is difficult to reproduce in the aquarium and though some will accept substitute foods such as brine and mysid shrimps, they will subsist only for a short period of time without their necessary nutrients.

am 01.06.05#1 Red Sea; 12 cm; fairly common
Close to C.mertensii; a black spot on dorsal fin in juveniles, but in adults it would appear when frightened; fairly inexpensive; hardy and recommended for beginners