Chaetodon nipponis commonly referred to as Japanese butterflyfish. Difficulty in the aquarium: Experts only! Very hard to keep. A aquarium size of at least 800 Liter is recommended. Toxicity: Toxic hazard unknown. 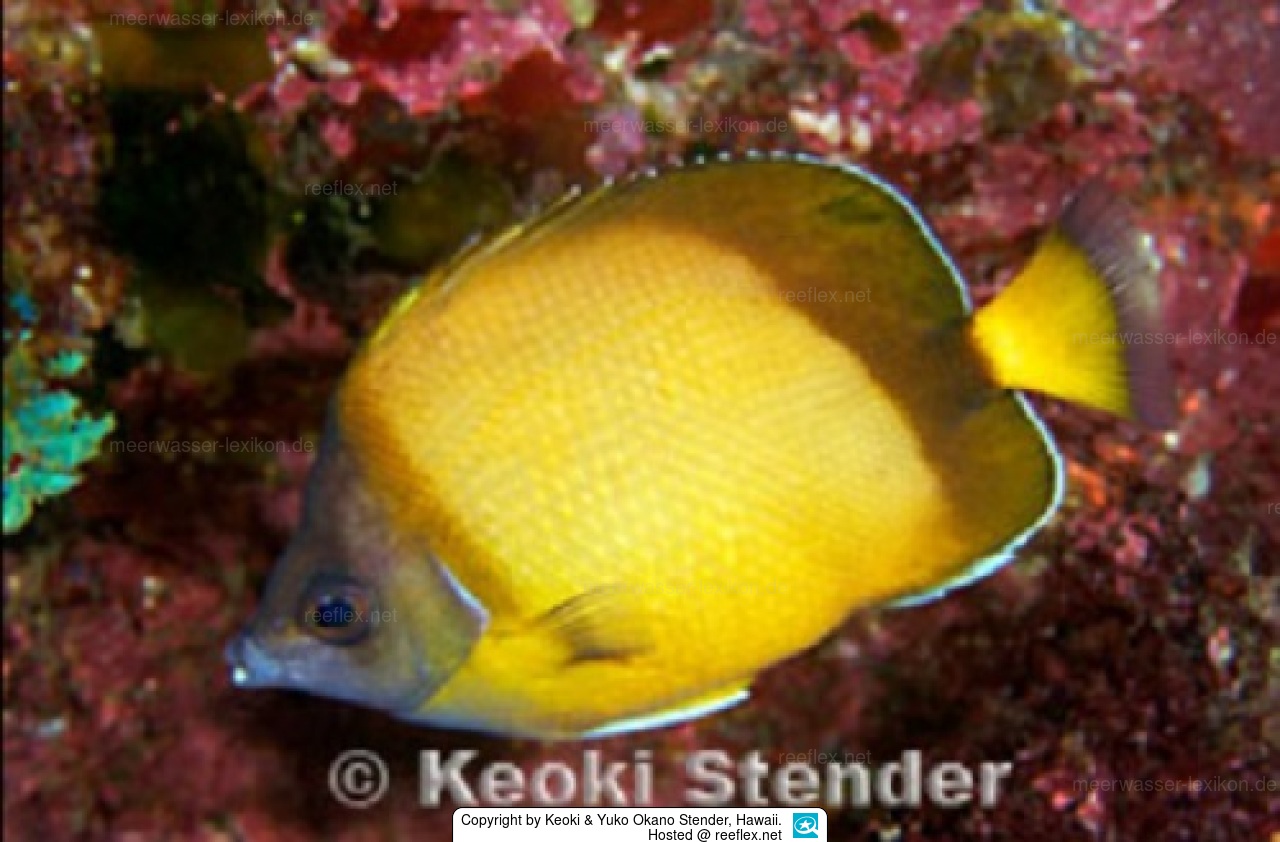 Chaetodon nippon is also commonly referred as the Japanese butterflyfish and is distributed from the waters of the northern Philippines to southern Japan. He is to be found in shallow rocky reefs at depths of 5 to 20 m.

The Japanese butterflyfish is known to feeds on crabs, worms, and other invertebrates; forms small to large aggregations.His maximum total length is about 15 cm. This beautiful Butterflyfish is almost never exported through the aquarium trade.

am 01.06.05#1 Northwestern Pacific, s.Japan, s.Korea to Philippines; 15 cm; rare
Very common in cooler waters of Japan, around Izu Islands, but rare in Okinawa; forms a school of hundreds individuals; until recently regarded as a member of subgenus Roa, including Chaetodon tinkeri- group, but now this species is apart from the complex; I once
saw a juvenile of about 2 cm in Miyazaki, at the depth of only one meter in a large tidal pool, and it was shining golden yellow; poor eater and sold on rare occasion