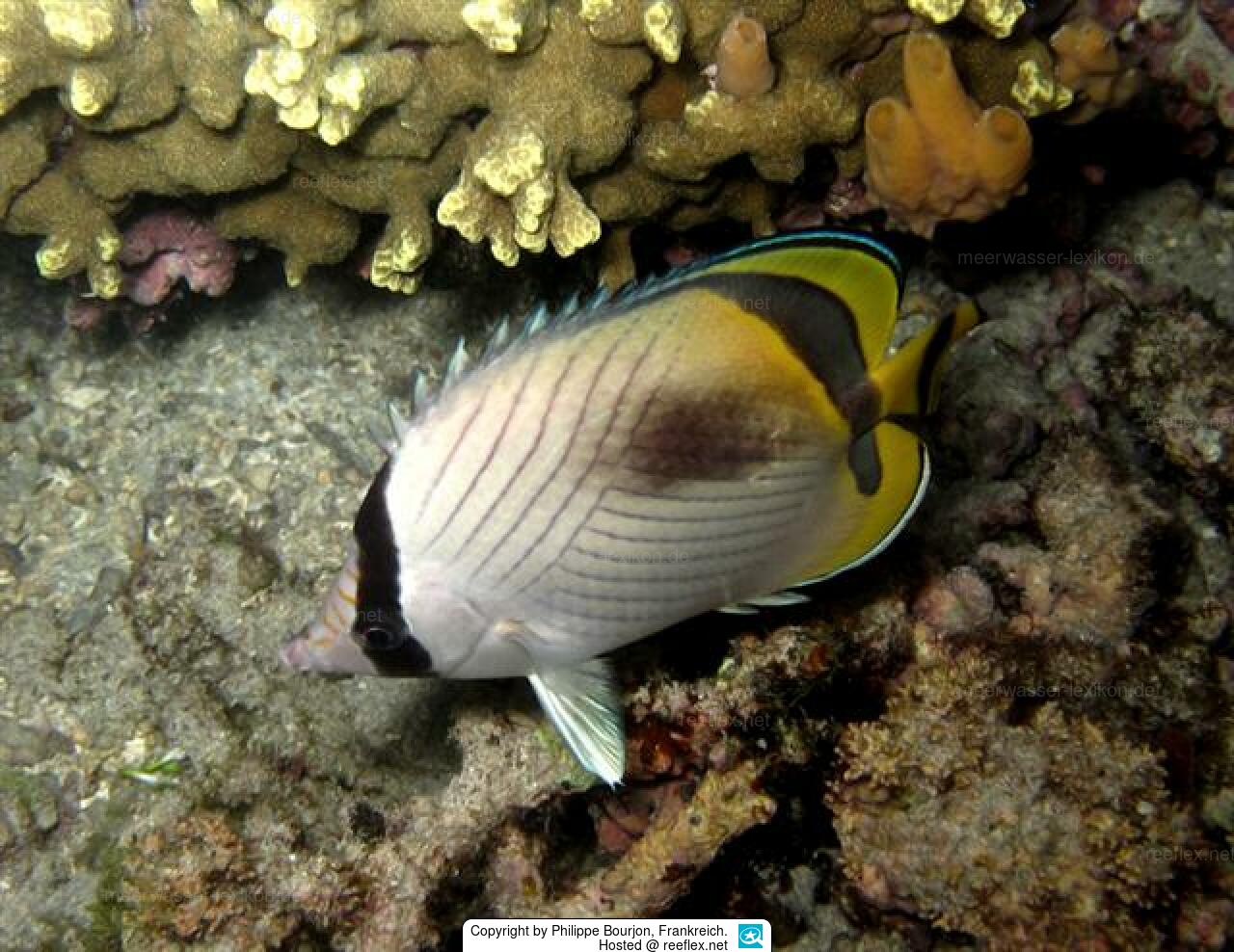 Chaetodon vagabundus is also commonly referred as the Vagabond Butterflyfish and can be found throughout the warm tropical waters of the Indo-Pacific region. It distribution is throughout from the Red Sea and East Africa to the Line and Tuamoto Islands, north to southern Japan and down south to Lord Howe Island.

The Vagabond Butterflyfish is closely related to Chaetodon decussates and can be recognised by the black bands over the head and tail and the blue margin along the top of the dorsal fin.

Chaetodon vagabundus is very often found occurring on coral reefs and in lagoons and is generally seen in pairs. It is known to feed on algae, coral polyps, crustaceans and worms. The Vagabond Butterflyfish grows to a maximum length of approximately 23cm.

am 25.01.06#2 A shy fish at first, it can still hold its own against other butterflyfishes that would keep it away from its food (e.g., the auriga). A bit forgiving on water quality. A delicately marked fish that is on the hardy side of the butterflyfish scale. As always with most butterflyfishes, it is best to put into quarantine in order to get it eating different foods, and to get it used to humans (as well as to be sure it is disease-free).

am 01.06.05#1 Indo-W.Pacific; 23 cm; abundant
Very commonly seen in our area in June to September, often enters smaller tidal pools and much conspicuous there; easily kept in juvenile stages