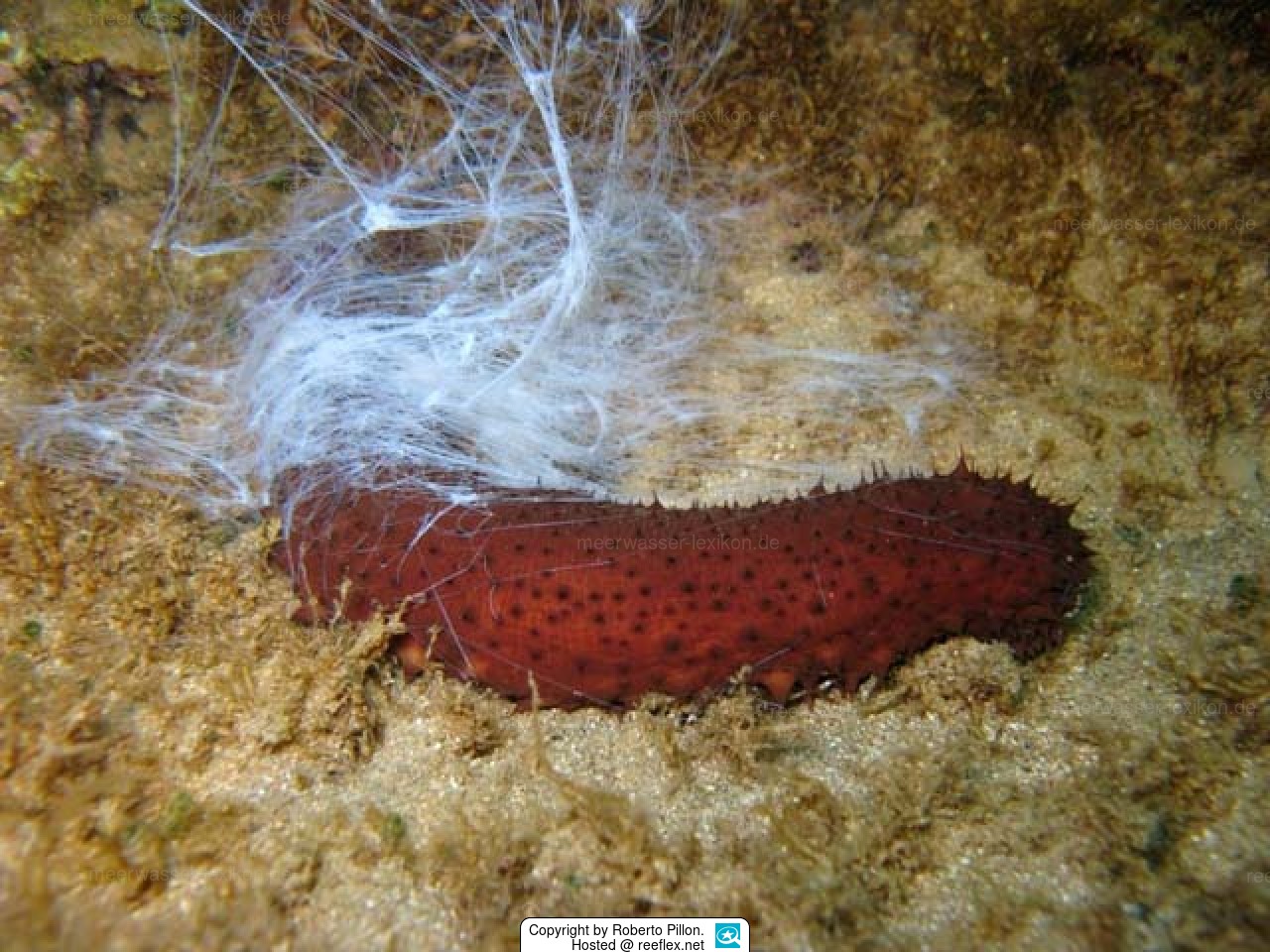 As so often, different scientific sites give different "correct" Latin names, so also in the case of the variable sea cucumber:

The variable sea cucumber is one of the most abundant sea cucumbers in the Mediterranean, the same is true for Holothuria (Roweothuria) poli Delle Chiaje, 1824.

Holothuria (sea cucumbers) are diverse organisms that are considered key organisms in marine ecosystems because of their great ecological importance.
They strongly influence the physico-chemical processes of soft-bottom and reef ecosystems through their benthic bioturbation activity, and their excretion of inorganic nitrogen and phosphorus, which increases the productivity of the benthic biota.
Economically, sea cucumbers are known for their aphrodisiac properties,

However, for human nutrition, sea cucumbers are also considered a rich source of proteins and of bioactive compounds such as chondroitin sulfate and mucopolysaccharides.
They also contain vitamin A, thiamine, riboflavin, niacin, calcium, iron, magnesium and zinc.

Overfishing of sea cucumber stocks in the Indo-Pacific region has led to increased catches of sea cucumbers of holothurial species in the Mediterranean region, which were not previously considered economically
important.

The variable sea cucumber is exploited in many Mediterranean countries for commercial purposes and for its saponins, and in aquaculture it has an important role in the management of multitrophic aquaculture systems by absorbing high concentrations of pollutants from nearshore sediments beneath fish cages during gonad development.
Holothuria (Platyperona) sanctori is also an efficient biofilter of nitrogen in sediments by returning them to normal conditions by the sea cucumber.

If the sea cucumber is disturbed or attacked by predators, it expels tough sticky filaments from Cuvier's tubes in defense, which can be drawn up to 30 times their original length; fish and other attackers, among others, become entangled in this tangle of filaments.
Some scientists assume that the Cuviersche tubes also serve as modified gills.