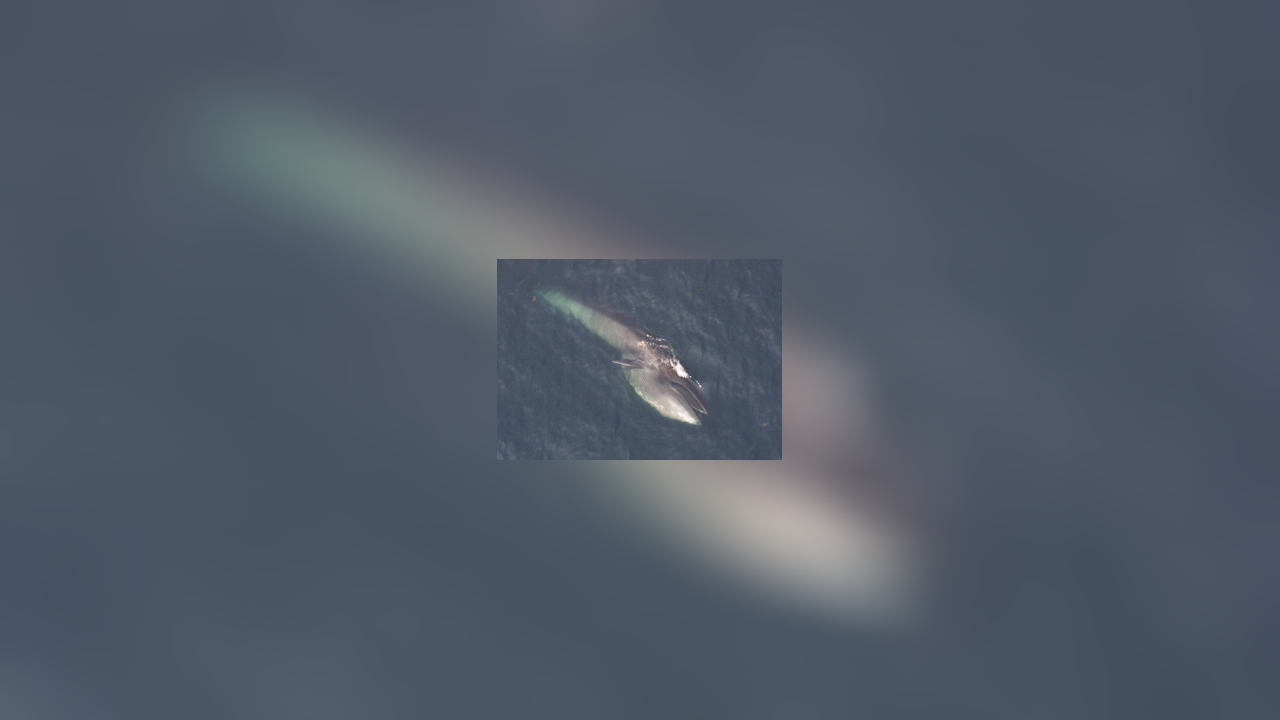 EOL:
"The Sei whale (scientific name: Balaenoptera borealis), is a very large marine mammal, in the family of Rorquals (Balaenoptera), part of the order of cetaceans. The Sei is a baleen whale, meaning that instead of teeth, it has long plates which hang in a row (like the teeth of a comb) from its upper jaws. Baleen plates are strong and flexible; they are made of a protein similar to human fingernails. Baleen plates are broad at the base (gumline) and taper into a fringe which forms a curtain or mat inside the whale's mouth. Baleen whales strain huge volumes of ocean water through their baleen plates to capture food: tons of krill, other zooplankton, crustaceans, and small fish.

The Sei whale is relatively slender bodied and can reach up to 16 metres in length. It is a member of the rorqual family with the characteristic ventral pleats of skin under the eye and the relatively flat and broad jaw. The ventral pleats do not extend up to the navel but end near the pectoral fin. The flippers are a uniform dark colour and the upper body is a uniform blue-grey colour. The sei whale has a dorsal fin rising at a steep angle on the back. It has a single prominent ridge on the snout.

Unlike other rorquals, Sei whales have a dolphin-like dorsal fin. They are also unusual in using two different methods to fill their mouths with water during feeding: they both gulp and skim-feed. During feeding, these whales can be found in large numbers, typically centred around concentrations of copepods, a crustacean they favor. Otherwise, they occur in smaller groups of six or less.

The Sei whale is an endangered species, and it has been protected by the International Whaling Commission since the mid-1980s.

The common name, pronounced "sigh," comes from the Norwegian word for codfish, which Sei whales are known to eat. "Rorqual" is also a word of Scandinavian origin, meaning tubed, and refers to the grooved, expandable throats of the six species of whales in the family Balaenopteridae.

Sei whales usually congregate in small groups of up to five individuals, although in feeding areas up to 30 have been seen together. It seldom breaches, and when diving, it does not show the tail flukes. It can remain submerged for up to 20 minutes.

Few details of the natural history of this whale are known. They tend to occur in groups of between two and five individuals, but larger groups may form in areas where food is abundant. Capable of travelling at great speed, this species is thought to migrate into warmer waters at lower latitudes during the winter months. Little is known of communication in this species, but individuals are known to make many low frequency vocalisations."